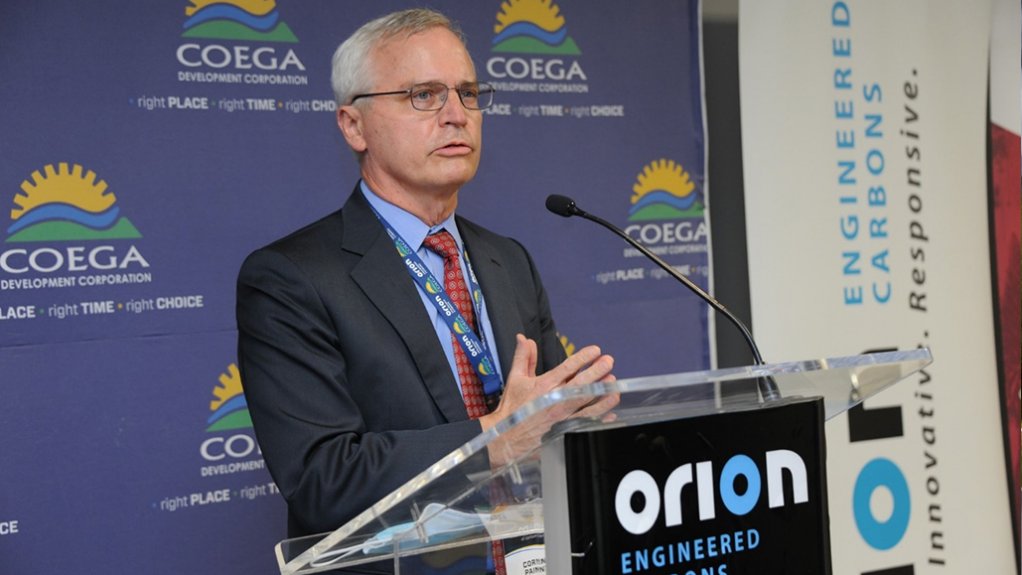 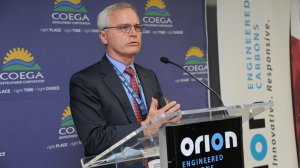 The Coega Development Corporation (CDC) has jointly hosted a sod-turning ceremony with new global investor Orion Engineered Carbons (OEC) to demonstrate the success of the CDC’s 9 003 ha Coega Special Economic Zone (SEZ) in the Eastern Cape as a preferred investment destination in Africa.

OEC announced on May 30 that, for the first time in its history, its South African operations had started exporting products to Europe, mainly because of the global geo-economic instability caused by Russia’s invasion of Ukraine.

“The new exports to Europe . . . are an example of how working together here in South Africa to solve local challenges can create opportunities for support elsewhere.

“Our European customers are looking to replace approximately 40% of their carbon black needs that were served by Russia, Belarus and Ukraine. This is a chance for our South Africa operation to fill a gap and provide crucial support to Europe,” said OEC CE Corning Painter.

He added that, owing to the newfound confidence in the Coega SEZ project, OEC would be upgrading several key pieces of equipment.

“Overall, we have a terrific story in South Africa. We import raw materials from the US, perform high-value manufacturing in Nelson Mandela Bay and export high-grade carbon black to Europe. Let’s keep this great momentum going,” he said.

The OEC black oil tank project investment at the Coega SEZ is valued at more than R60-million, with the Department of Trade, Industry, and Competition (DTIC) providing an additional R200-million to facilitate the solution for OEC to preserve jobs in the province and municipality and ensure the sustainability of the industry.

The project entails the development of two 18 000 m3 tanks for the storage of carbon black feedstock with ancillary infrastructure over ten months and is expected to create more than 150 jobs, where 50 jobs will be created in the construction phase and 100 jobs during the operational phase of the project.

The interventions, collaboration and support of all stakeholders were necessary to prevent the region from losing projects of significant value, which would have led to an increase in unemployment, loss of government revenue, and formed a perception that the region was not an attractive investment location.

About 7 000 people are employed in the associated tyre manufacturing value chain, most of whom would have lost their employment, OEC claimed, saying that the collaborative effort of the CDC, OEC, the Transnet National Ports Authority (TNPA) and the DTIC helped to avert that risk.

Painter emphasised the importance of the OEC black oil tank project to the company and how it would stimulate the entire value chain of the automotive sector. This project is in line with OEC’s strategy to position itself as a key supplier of carbon black.

“As the Coega SEZ, it is important that we can respond to complex problems that seek to disrupt the value chain in a positive way. When we were called upon by the DTIC and the TNPA to intervene to find a lasting solution to the project, we sought to do so in a way that would have a meaningful impact,” said CDC business development executive manager Asanda Xawuka.

The CDC said significant growth was forecast for the Coega SEZ in both the number and value of its investors this year.

This was further confirmed by Coega’s Investor Perception Survey at the end of 2021, which showed positive investor feedback results indicating a majority vote of confidence on the suitability of the Coega SEZ for business.