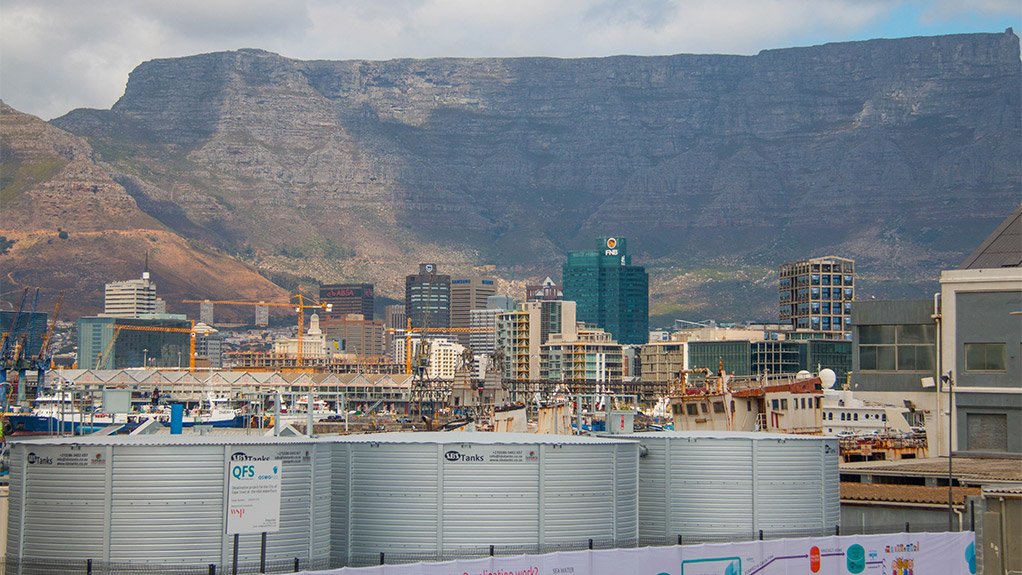 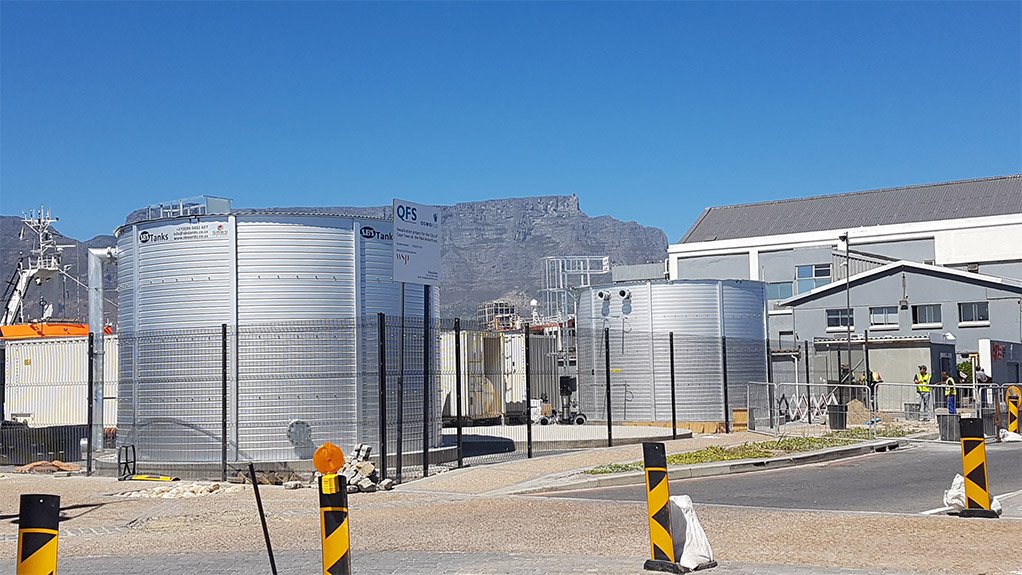 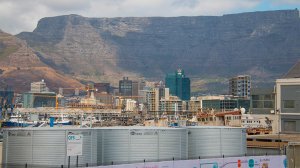 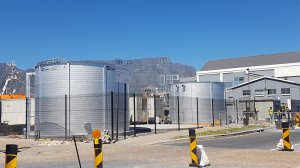 With the Cape Town area suffering from one of the worst droughts in its history, tank manufacturer and supplier SBS Tanks marketing manager James Preston tells Engineering News that the City of Cape Town municipality has launched several alternative water source projects to mitigate the drought’s effects.

SBS Tanks has recently contributed to one such project. The project saw SBS Tanks partnering with filtration and water treatment equipment supplier Quality Filtration Systems, as well as water treatment systems, services and solutions provider Osmoflo, to provide a mass water storage solution for the area in a short period.

The group partnered on the construction and installation of a new emergency desalination plant at the V&A Waterfront. The new desalination plant will have the capacity to provide two-million litres of freshwater a day for local residents.

The desalination plant project, which is one of the many projects the City of Cape Town, has recently undertaken to help mitigate the water crisis, aims at establishing a fully containerised two-minimum-liquid-discharge plant capable of seawater reverse osmosis and multimedia filtration. The plant will desalinate seawater into fresh drinking water and store it in large quantities, making it available to Cape Town residents on demand.

Preston says it has been a “landmark” project for the city and should greatly improve the lives of residents.

He describes the lead time for the tank installations as “particularly remarkable”. SBS Tanks was tasked with providing three tanks for three different stages of the reverse osmosis and filtration process. It provided one module ST 11/04 186 000 ℓ and two module ST 09/04 125 000 ℓ tanks. A tank installation for a desalination plant can take many years to build and develop, but the new Cape Town plant’s tank system has been put together within two months, enthuses Preston. He attributes the quick installation time to the group’s unique collaborative efforts.

“Overall, it’s been a prime example of swift operations […]. The City of Cape Town’s dire need to augment water sources has been a major driving force behind the urgency of the project and has been more than adequately met by some of the world’s best in the water industry,” comments Preston.

SBS Tanks also recently provided four module ST 31/09 tanks for the City of Cape Town as part of the water crisis management projects in the area. Preston says the company is proud to be a part of projects aimed at helping mitigate the current water crisis. “SBS Tanks is passionate about South Africa. As a company, it would like to contribute to changes in the country. To help alleviate the problem is a real privilege for the company.”

Domestic household demand for tanking solutions in Cape Town has “skyrocketed in recent months”, he says. “So many people want to store water off-grid. They can’t rely on municipal demand because there just is no water in the dams.”

Suppliers are, therefore, struggling to keep pace with rapidly escalating consumer demand, possibly because of the costs associated with transporting plastic tanking solutions that cannot be dismantled, Preston elaborates.

He says the tank industry would have been better able to assist in preventing a water crisis if the city council had issued timeous warnings. The rain water harvested by businesses, warehouses, retail properties, commercial properties and homes could have been stored in tanks, which would have acted as catchment areas, he explains.

SBS Tanks focuses on commercial tanking applications and has not changed its business model to cater to domestic tanking demands. However, Preston states there has been a significant market influx of new domestic tank suppliers looking to capitalise on the recent boom in demand for domestic water-storage solutions.