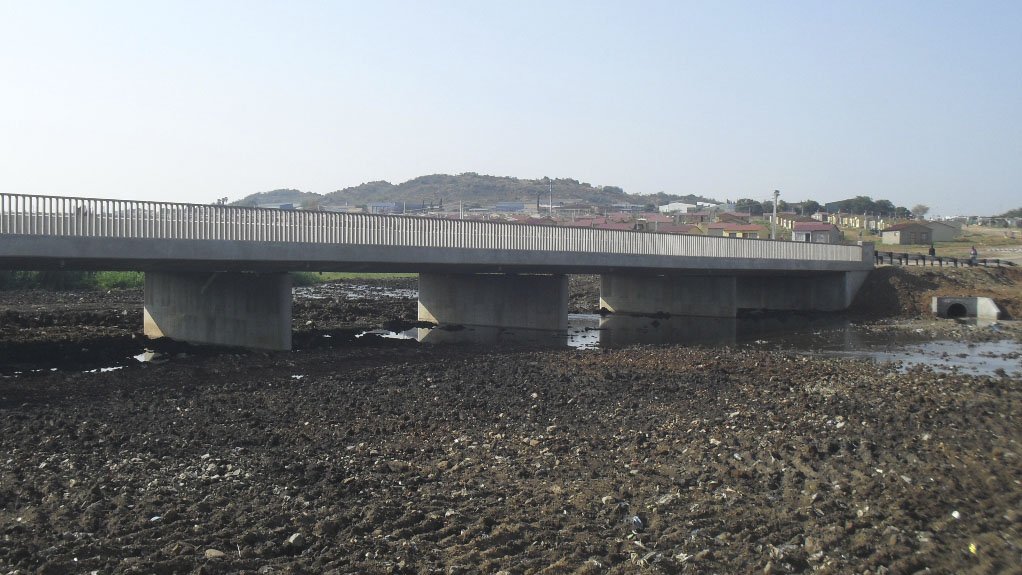 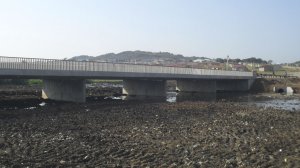 He notes the project showcased the company’s capabilities when dealing with infrastructure projects from inception to detail design and implementation.

The City of Johannesburg Housing Department appointed Hatch as civil engineer in 2013. The project, valued at about R70-million, forms part of the greater Elias Motsoaledi project area. Once fully developed, it is expected to yield 1 424 low-cost houses and associated amenities such as schools and churches.

“Hatch was responsible for the design and construction supervision of internal roads and stormwater infrastructure of about 7 km, and a bridge comprising a five-span 65 m long and 13.5 m wide continuous composite deck, supported on two reinforced concrete abutment walls and four piers supported on spread footing,” Mbongwa explains, noting that the central three spans are 15 m long, while the two end spans are 10 m long.

The bridge provides an important link between the two areas of the township, which are separated by a stream. The bridge takes into account a 1:50 year flood event, with walkways on either side to accommodate pedestrians safely.

Apart from liaising with representatives from the surrounding community and project sites, Mbongwa notes that the project team faced challenges in terms of difficult subsoil conditions consisting of very moist to wet soft clays, reducing impact on existing utility services, as well as implementing this project in a brownfield environment with an informal settlement on the same grounds.

Another challenge, he adds, was managing community expectations regarding job opportunities – 30% of the total work on the project was awarded to the local community.

“The area surrounding this project is mainly an informal settlement. However, after screening community applicants, we managed to employ people from the community,” Mbongwa explains.

He further notes that, once the bridge was completed, roadworks were connected to the bridge, with the necessary asphalt work, traffic-calming methods, and stormwater infrastructure implemented to complete the project.

In addition, Hatch is also involved in bridge projects with the KwaZulu-Natal Department of Transport.

Hatch bridge engineer Sarisha Harrychund notes that the new Tugela river pedestrian bridge, which was opened to the public in June this year, is the first steel pedestrian suspension bridge in the Mvumase Maphumulo district, in northern KwaZulu-Natal.

“The bridge is a landmark structure with an overall length of 180 m and towers nearly 27 m high. It forms part of the pedestrian bridge programme initiated by the KwaZulu-Natal Department of Transport,” she explains.

The programme seeks to redress past imbalances in historically impoverished communities by providing infrastructure that will improve their quality of life, Harrychund says.