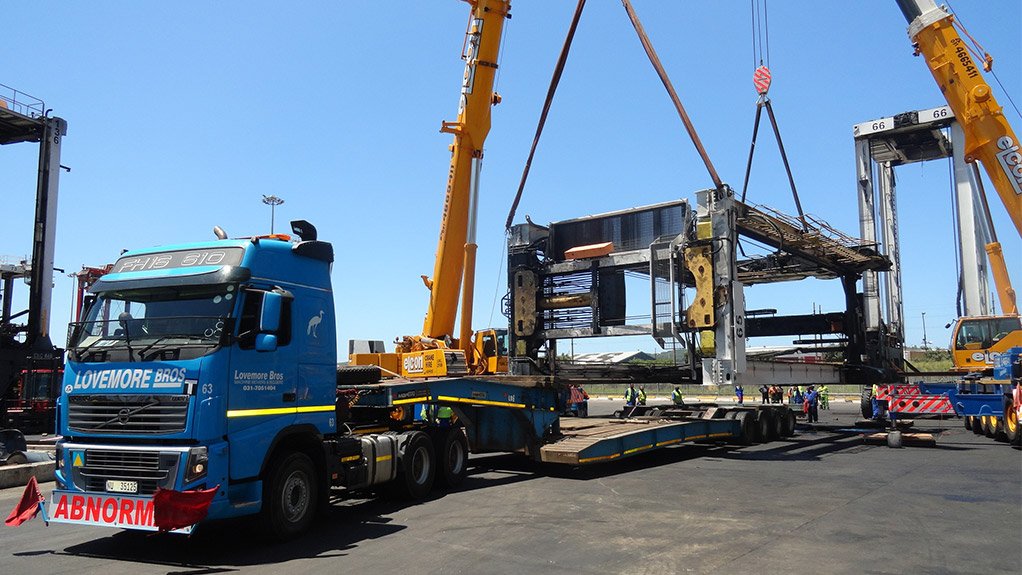 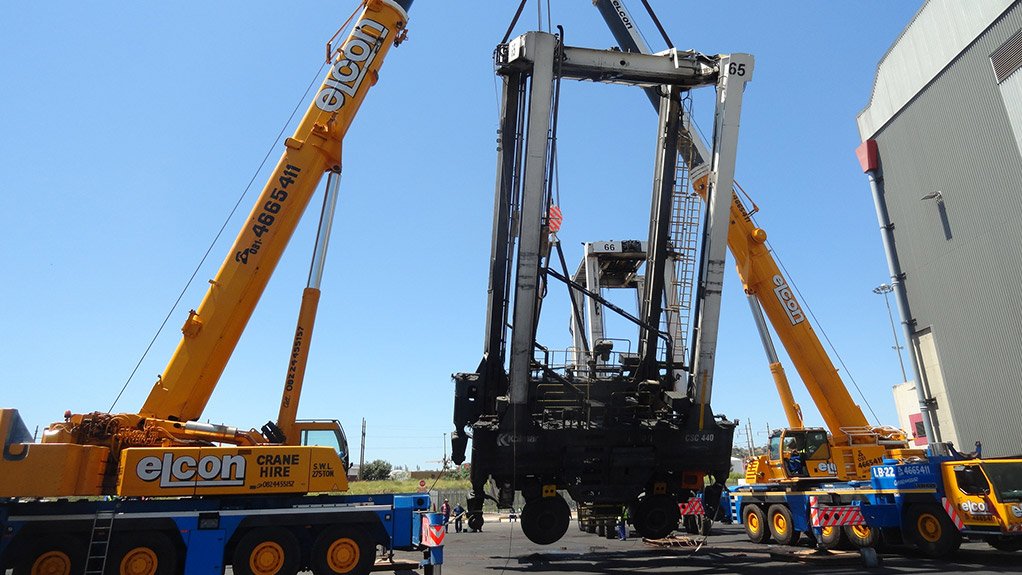 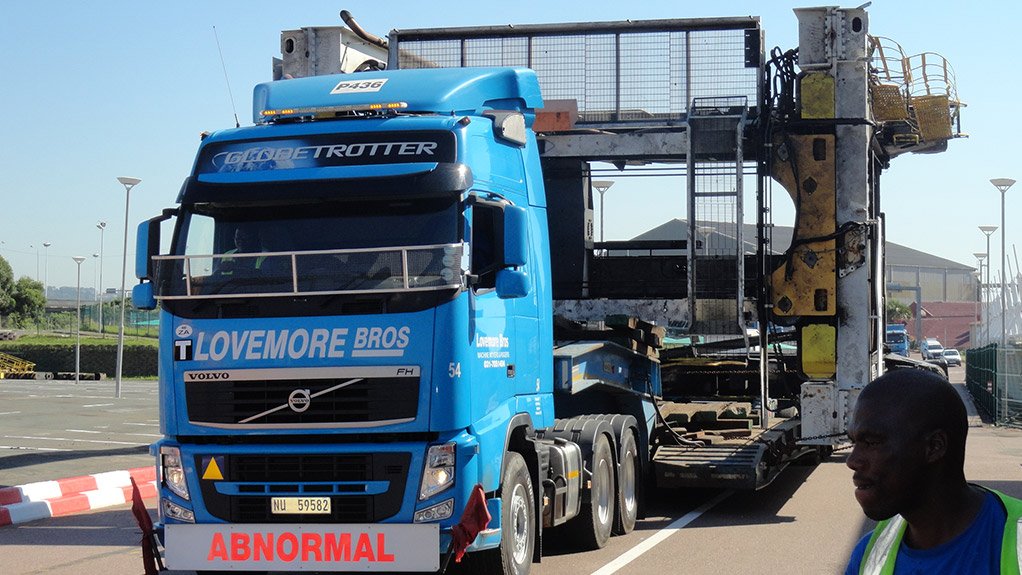 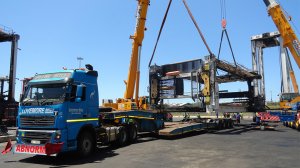 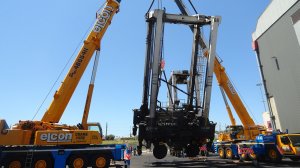 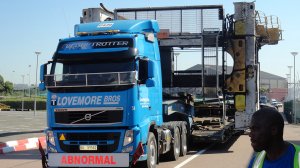 The engineering division of State-owned rail company Transnet posed a “friendly challenge” to Lovemore Bros to transport the two vehicles over a distance of 16 km without major disassembly of the vehicles.

This kind of project would usually require the extensive and almost complete disassembly of such big machinery. However, a simpler approach was adopted.

Container straddle carriers are tall, wheeled machines, capable of lifting, moving and stacking shipping containers in and around ports and container depots. The vehicle operator usually sits in a cabin atop the machine for the best visibility, although this differs in some models and makes.

Circumstances for the haul dictated that the manoeuvre had to be done quickly, without dismantling the equipment. Only the operator’s cabin, catwalks and end wheels could be removed.

“There was a rigid deadline to have them operational again at the new site, in time for the official launch of the Transnet Marine School by the Public Enterprises Minister in February,” he says, adding that collective profesional opinion was that the only way the straddle carriers could be moved overland was by entirely dismant- ling them prior to transport, and reassemb- ling them again at the new site.

Apart from the cost, this strategy of ent- irely dismantling the equipment would not have been accomplished within the allocated tight timeframe, states Moopanar. “Therefore, we consulted Lovemore Bros, who were prepared to work with our technicians and quickly proposed a plan that would enable the straddle carriers to be transported almost entirely intact,” he says.

Once the preparations, including the fitting of specific lifting points on the carrier frame, loading and opening of a boundary fence to provide access, were complete, the relocation took place within 24 hours. On February 11, the two straddle carriers, each weighing 65 t, were loaded onto low-bed trailers using two mobile cranes. The cranes lifted the vehicles with rigging attached to each container straddle carrier’s top and bottom ends, and laid the normally vertical vehicles on their sides.

Owing to the straddle carrier’s irregular size of 8.7 m x 5.5 m x 15 m, the loads had to be transported early on February 12. Roads, including Solomon Mahlangu drive and South Coast road, were closed and traffic officials assisted in escorting the abnormal loads.

The 16 km journey took four hours to complete, as height-limited clearances under bridges had to be negotiated, at one point with only 30 mm to spare. In other places, the convoy passed through embankments with only a few millimeters to spare on either side.

The mobile cranes and rigging crew arrived as soon as the abnormal loads arrived at the airport, and a reversal of the loading procedure resulted in the straddle carrier’s being upright on the ground again.